Is it possible to successfully hunt deer with a knife? 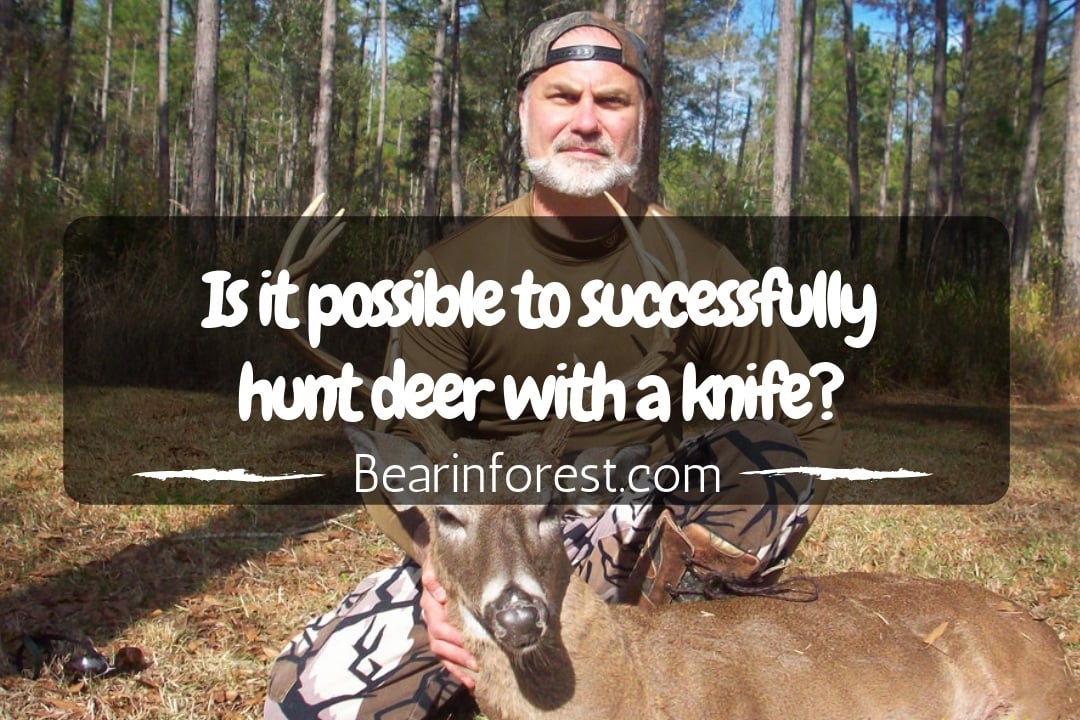 Yes. It is possible to successfully hunt a deer using a knife but it takes some long time to perfect such a skill. I would say that hunting a deer with a knife is not an easy job for most individuals.

It is true that you may not be able to kill one without experience. As a hunter, you would require great strength and talent to kill the deer with a knife as the deer is both strong and sharp. If you’re a newbie, I would not recommend you to start using a knife to hunt a deer.

I recall when I was a teenager and I would go hunting using all form of primitive weapons such as spears and handmade bows. I managed to kill numerous deer using bows and spears.

Nonetheless, I have managed to kill only one deer using a Bowie Knife and the funny part is that it already had a broken leg after a motorist hit the deer and drove off leaving it suffering on the road. Some people standing on the road watched the deer suffer in pain and that is when I took a knife and slit the throat.

The process of piercing it is messy and it can endanger your life if not done well. The hunter should be cautious not to press them in a corner as they can be aggressive and dangerous. However, a well-placed slice on the throat of the deer will kill them in minutes.

Quick Navigation
How do you Hunt Deer with a Knife?
How is Hunting Deer like?
When is it legal to hunt with a knife?
Types of Hunting Knives
Bowie Knife
Camp Knife
Skinning Knife
Caping Knife
Boning Knife
Buck Knife
Hunting Knife
Measures to keep you safe while you’re hunting
Conclusion

How do you Hunt Deer with a Knife?

Hunting is not easy as you will spend some hours of boredom on top of a tree, walking through the bush, or sitting under a tree where you have a good view of your prey.

You will get a few seconds of an adrenaline-fueled thrill as you observe a brown furry animal moving through the bush.

If it has antlers, that is a deer and you just need to relax and take a deep breath and be ready to take an accurate action to kill it. If you have a gun, you can pull a trigger when the deer is in your sight. If it’s a knife, jump to its back and slit its throat.

When you bring the deer down, the job begins. If you used a gun, you can track the blood and get to find your meal. After finding the deer, you’re required to clean it and get rid of all the internal organs so that they don’t spoil the meat and make your kill in vain.

Afterward, you skin it and place it on ice until you get back to a town where you take it to the butcher if you don’t slice the meat by yourself.

When is it legal to hunt with a knife? 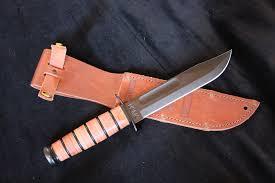 There is no hunting that does not require a knife as it is what delivers the final blow to a prey. Hunters would legally carry a knife expecting that they would use it if required. The reason why knives are accepted in hunting is that it is impossible for one person to hurt another person while they use it while hunting.

Nonetheless, a knife is better utilized for skinning than hunting. Unless when you’re dealing with some domesticated species such as sheep or wounded animals, it is unfeasible to get close enough with the knife unless you got a lot of fortune.

If you have a permit, it is almost always lawful to hunt using a knife. Nonetheless, there is certain jurisdiction with their different laws about the place and time that you’re allowed to carry a large hunting knife blade.

In case you’re hunting in an accepted fashion, you can carry a bowie knife and utilize it the way you want. However, I advise that you find out the laws of a particular place before you go on a hunting spree as they vary from place to place.

This is a form of fighting knife that has a fixed-blade. The Bowie knife became popular in the early 19th century used by Jim Bowie.

The camping knife is a versatile hunting knife that you can use it to perform almost all tasks in the bush. The popular knife is mostly used by people for hunting as it is multipurpose.

There is a skinning knife that is used for skinning the deer. The skinning knife removes the skin nicely without tearing or cutting off the skin. This knife has a short, thin blade and non-slip handle for better skinning.

The boning knife is another knife that is specialized for cutting meat. The knife has a narrow blade that is flexible to utilize and easy to get rid of meat from a carcass.

This is a big folding knife that is ideal for hunting and is commonly used as a multipurpose pocket knife but it is exclusively designed for hunting.

Read  Six Tips For People Who Are New To RVing

The hunting knife is also referred to as a hunting dagger. The knife has a sharp double-edged blade and a non-slip grip that makes it an efficient knife for hunting.

Measures to keep you safe while you’re hunting 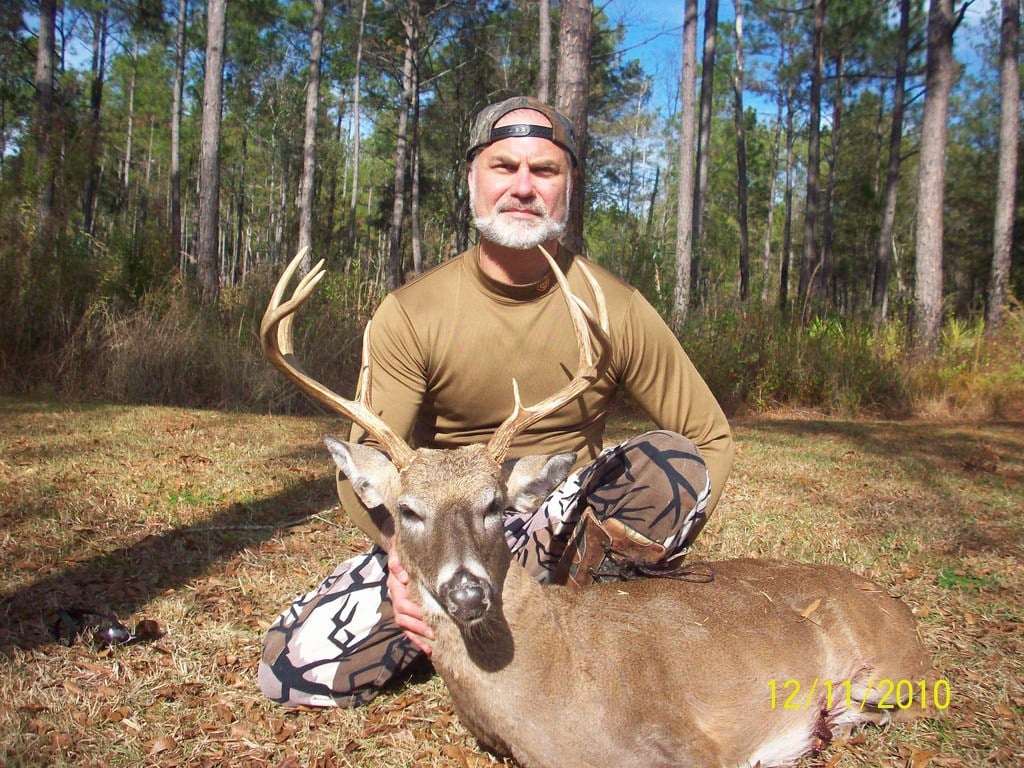 Always put on a bright colored gear such as orange while you’re hunting. Putting on bright colored attire aids the other hunters in the bush to clearly see you and not confuse you with a deer in the jungle.

The law requires hunters to wear orange color while in the jungle for safety.

Always ensure that your target is on the deer before you pull the trigger. Never hunt without making certain of your prey as it has been seen in many cases that hunter’s killing others when they confuse between the deer and the hunter.

Give detailed information to your friends and family. They should be aware that you’re out hunting and your expected return time.

Always check the weather forecast before you go hunting. In case you hear about bad weather then you should not take the risk of going on the jungle to hunt.

Always carry your personal ladder tree stand for hunting and make sure that you properly install it before you climb on.

Gather your hunting equipment even after you’re through with your hunt. Do not leave any of your gear in the hunting area.

Ensure that your muzzle is always pointed to a safe direction and not pointed towards anything that you’re not supposed to pursue or hunt.

It is possible to hunt a deer using a knife. However, you’re required to be careful as the deer can be strong and aggressive and can injure you in the process.

It is recommended to know the type of knife that is perfect for slitting the throat of a deer and not take chance while you’re hunting. Also, it is important to have a hunting permit before going to the jungle to hunt.