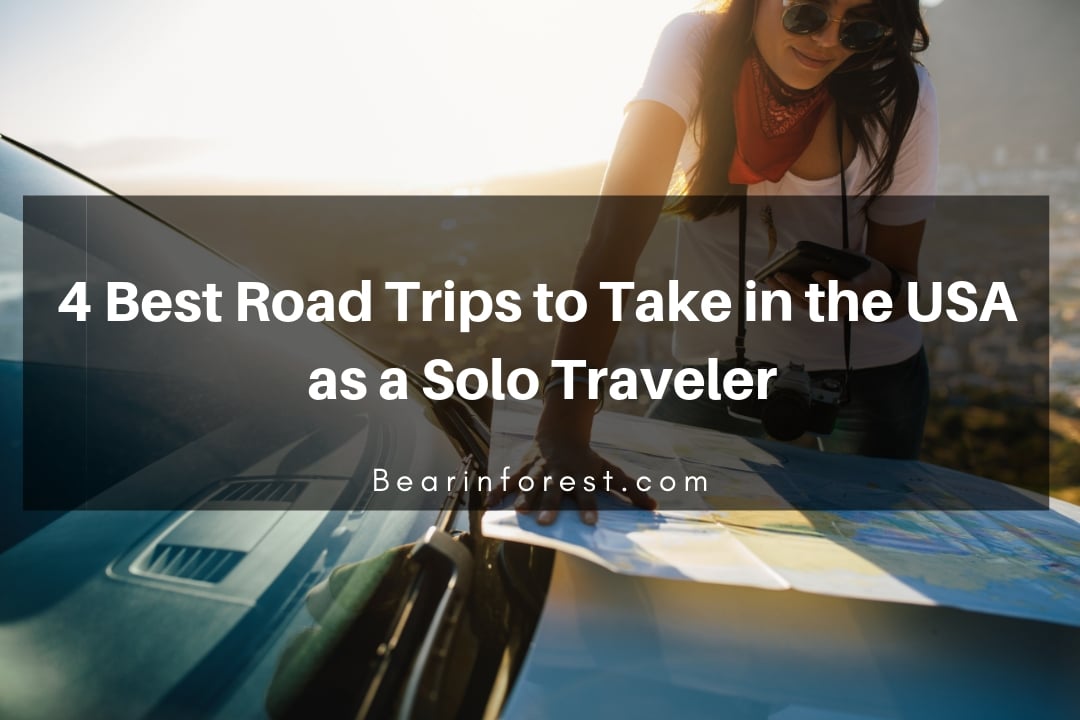 Whether it's an epic, weeks-long journey or a short stroll across the interstate, road trips are incredible. When it comes to taking a road trip, it's a fantastic way to bond with your travel mates—but it can also be a journey to self-discovery for the adventurous soul who decides to tackle the open road for (and by) themselves.

The very first road trip I took was alone, so perhaps that set the stage for a lifetime of solo travel. Still, even well into my late 20s, much of my trips are solo. It's the natural state for an artist, it seems, especially when book tours and fellowships take you around the world regularly.

However, I learned the hard way that it all starts with making sure you have the proper equipment. During my second road trip, my car broke down in Death Valley. Fortunately, a tow truck wasn't but a phone call away, but it's still a reminder to service your automobile regularly (and especially before a road trip).

Now, given all of the traveling that I do, I often rent a car instead. It helps to avoid unnecessary wear and tear on your vehicle.

Here are my favorite road trips in the USA and why they’ve made such an impact for me:

4 Best Road Trips to Take in the USA as a Solo Traveler
1. Portland to Las Vegas
2. Santa Fe to the Grand Canyon’s South Rim and Antelope Canyon.
3. Tijuana to San Francisco.
4. Miami to Key West. 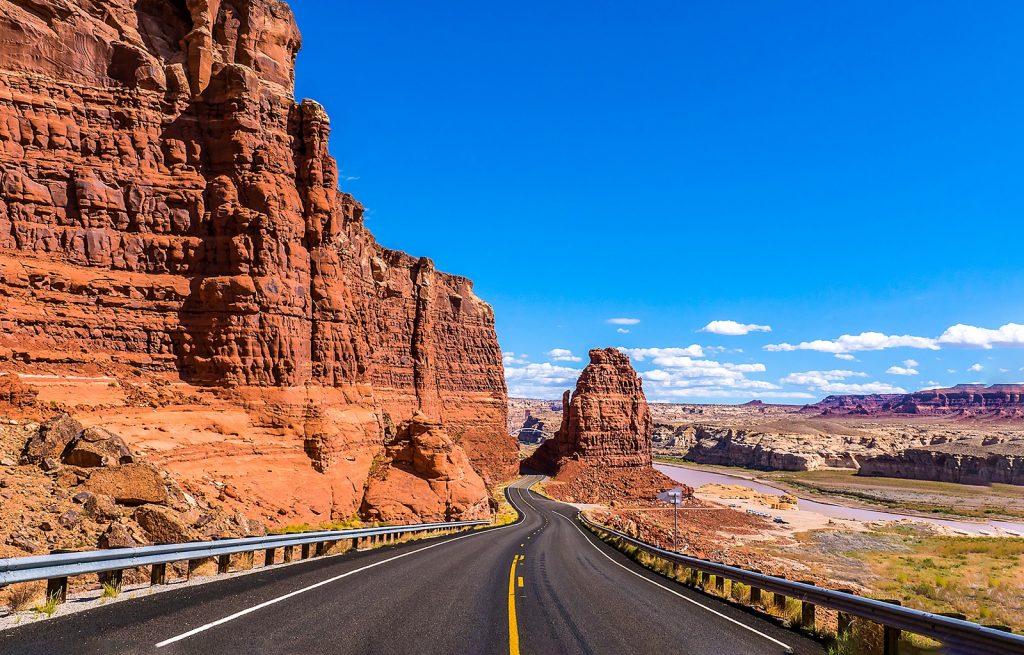 ​I'm a Portlander, so many of my road trips start in Rose City. I'd been to Vegas many times, but it wasn't until I was in my mid-20s that I decided to drive there. There are two options when going to Las Vegas from I-5.

One is to take the more traditional route through San Francisco, but another has you veering off the familiar interstate in northern California. If you do this, you'll whisk into the desert, and suddenly it's even more of a solo adventure. I did this in June when the heat was still bearable.

This route also allows you to drive past the tree dripping in shoes. It’s a staple landmark, and if you want to participate, make sure you bring an extra pair of shoes (with shoestrings) that you won’t mind leaving behind. However, be careful of these small interstate towns.

You’ll have to stop for gas at some point, and the speed limit goes from 60-ish on the highways to 25. It’s a series of speed trap towns, and that’s verbatim what the police officer who pulled me over told me. I realized I was likely speeding right before I saw the lights behind me. Fortunately for me, the officer put down that I was going much slower than I was to avoid a speeding felony!

It's Nevada, so you'll see a lot of "truck stops" along the way. Outside of Las Vegas, "adult entertainment" to the ultimate degree is perfectly legal. However, for the adventurous, you might want actually to stop in. Some of the more well-known brothels offer PG-rated tours, and it's a great way to get a sneak peek of Sin City.

Donate for Bearinforest.com to continue this blog If possible, try to schedule your arrival to Las Vegas at dusk. You won't believe what the GPS is telling you- that it's so close because there will be nothing in sight. However, the stars in the desert are stunning. You will be astray, and you'll see the lights of Las Vegas on the horizon.

Arriving at dusk will give you plenty of time to check into your hotel, rest a little, and go out that night without any whisper of the daze of driving still clinging to you. Plus, it's great to have a car in Vegas. If you find a decent parking situation, you'll also be able to drive to some regional attractions like Hoover Dam and even the Grand Canyon. 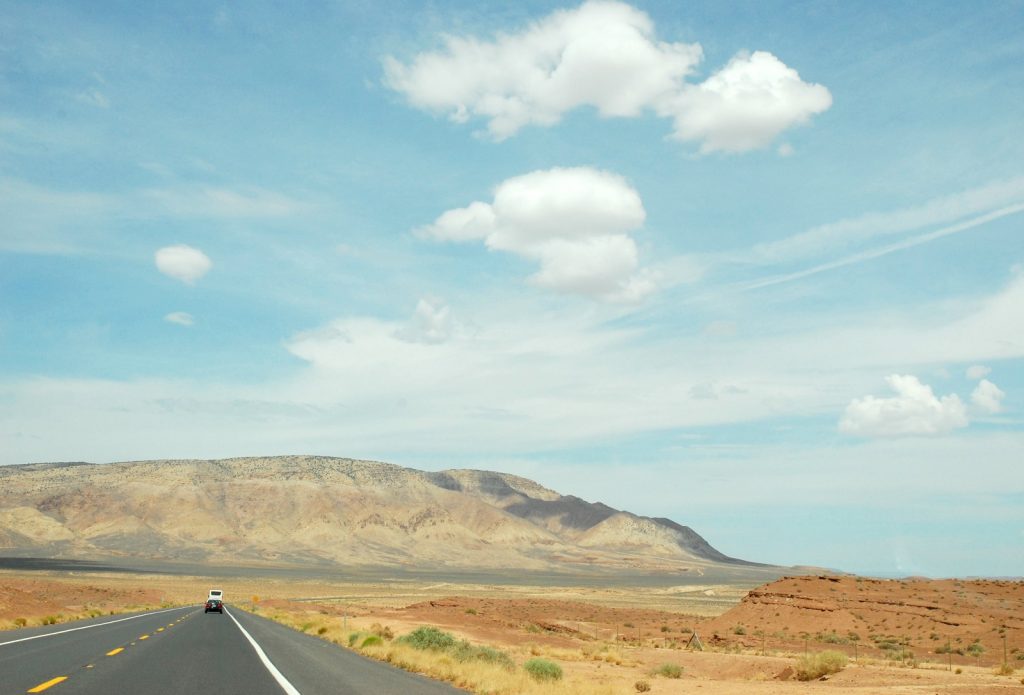 Why start in Santa Fe when there's not a large airport there? Simple: Albuquerque certainly has its charms if you look for them, but there's something magical about Santa Fe. Arrive in the summer months, and you will find a festival nearly every single day.

It’s the ultimate tourist party town, but there’s plenty of spiritual delights if that’s more your speed. You’ll quickly fall in love with the stunning turquoise jewelry in the windows, but be prepared to pay handsomely if you splurge for yourself. Most decent sized pieces start at $1,000.

After a quick visit to Santa Fe, it's time to turn back and head to the South Rim of the Grand Canyon. It's arguably the "best" rim since it offers more sweeping views. However, you can also tack the North Rim onto your itinerary if you want to walk across the bridge with the transparent floor.

The South Rim’s park has only one hotel, and it books up months in advance—so plan wisely. Otherwise, you can always stay at a hotel in the nearby town. More adventurous travelers prefer to camp within the park. Keep in mind that there is genuinely no light once it gets dark, and it gets dark fast here.

The winds are fierce, and even in summer months, it can get very chilly at night. Make sure you set your alarm early so that you are one of the first to claim your spot for the sunrise view.

Next, head north towards Antelope Canyon. It's one of the most widely-shared canyons online and on social media. The red sand walls look other-worldly, many of those photos you see were either taken on costly private tours that are impossible to book or are expertly angled, so you don't look at the masses of people. These tours are packed, and you'll be pushed against fellow tourists.

Take the time to go on a lesser-known tour (all tour companies at Antelope Canyon offer the same options). Everyone goes for Antelope Canyon and overlooks the other trips that are much more private. You'll see some incredible sites, and it will feel like your getaway. 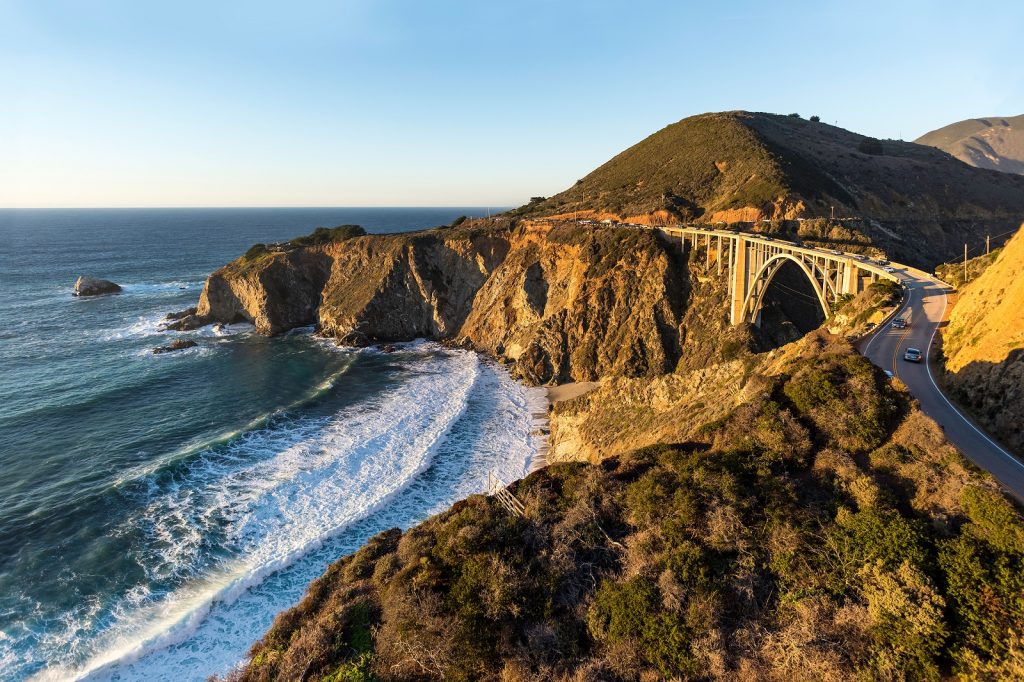 Did you know you can walk across the border from San Diego to Tijuana? It's just a few minutes, and there are rarely any lines (unlike trying to drive). Tijuana is a very walkable city, and even if you pay that "foreigner tax" for taxis across the border, it will still be a lower rate than what you have experienced.

I recommend starting in Tijuana before walking back across the border and spending some time in San Diego. The Gaslamp District is a must, as well as the many beaches.

Next, head north towards Los Angeles. There are, of course, countless things to do here. LA is a city where you need to drive, so it's a good thing you have a car at the ready. I like to stay in uber-touristy places, so when night falls, I can walk to my destinations.

One of my most recently favored hotels is The Roosevelt, right across from Grauman’s Chinese Theatre. However, don't choose hotel parking. Right around the corner is an ample parking garage for just $25 for 24 hours (that's very affordable for Hollywood).

Depending on what you want to do, you could spend weeks in Los Angeles exploring all of the attractions, including the regional hot spots. When it is time to leave for San Francisco, take the 101. The Pacific Coast Highway will take longer, but it’s well worth it.

It’s where you’ll get gorgeous views of the Pacific Ocean. You can also stop in various beach towns for dining, exploring, and shopping. If you decide you’re in a rush, you can always hop on I-5 north and head straight to San Francisco.

Surprisingly, I like having a car in San Francisco. Even though the streets can be tight (and the first time I drove there I had a stick shift), there’s a lot of places on the outskirts of town you’ll want to explore. I generally stay close to the pier and pay for parking.

I dedicate a few days to taking Ubers or the cable car in downtown, then start to branch out. I never travel to San Francisco without also going to Napa Valley and Sonoma. It’s a relatively short drive with no traffic, and there’s nothing like a trip to wine country.

It’s surprising how many people haven’t been to Key West, even when they live in Miami. Although I've aged out of the South Beach scene, I still love Miami for Little Cuba. It's a city with a vibrant food scene, and you can't resist being so close to the Keys without also visiting Miami. I recommend flying into Miami, spending a few days there, and then taking off for a more tropical destination.

I like to stay in a few different places as I head down to Key West. Key West is generally the most expensive part of the Keys, so I only stay there a couple of nights. However, despite being so popular, it's still relatively easy to find parking. Once you do find a spot, the rest of the town is walkable.

It was home to the best drag show I've seen in my life, and oddly enough there's a little rooftop "clothing optional" bar. There were only a couple of folks who took advantage of that lax dress code when I was there, and there's a permanent body painting booth for those who are adventurous but not quite that adventurous.

Do be aware that there is only one two-lane road that takes you along the Keys. When I was there, there was a terrible accident that caused a six-hour delay. That will always be a risk. Even a minor fender bender can cause this to happen. That's one reason you want a car that you know isn't going to let you down.

You'll also want a vehicle with all the comforts you require. In many parts of the Keys, it's impossible for a broken-down car to even pull over to the side without still blocking traffic. The lanes are indeed that narrow.

For an extra dose of fun, I took a short boat ride from Florida to the Bahamas. Tickets are very low-cost, and it only takes a few hours to get there. Once you arrive, there are buses to whisk you to your hotel. I was fortunate to remember at the last minute to get Dramamine from a drugstore. Given how others on the boat were reacting, I may have been the only one with that foresight.

Another tip that I didn't realize myself until it was too late is to avoid March and April. I never went on spring break when I was in college, and I unwittingly piggybacked onto the spring break of three different universities. The boat fit 600 people, and I was the only non-college student.

The Bahamas were also quite chilly. I would recommend waiting until June or July if you want to add the Bahamas onto your Florida road trip.

When you’re on the open road yourself, you’ll learn things that are tucked deep in your heart you’d never realized before. It can be an empowering and awe-inspiring journey.

There’s something about driving that gives your brain just enough “white noise” to make it possible to delve into different parts of yourself. For a writer, that’s a great thing—however, it’s also fantastic for anyone who’s looking for something different.

Having a car allows a type of freedom on vacation that you can't muster with taxis or ride shares. When relying on other transportation, you worry about the cost and if there’s surge pricing or a long wait, and before you know it you are giving up on the experience altogether.

That's not the case when you have your car. If you want to immerse yourself and challenge yourself to go farther, make your next road trip a solo venture. 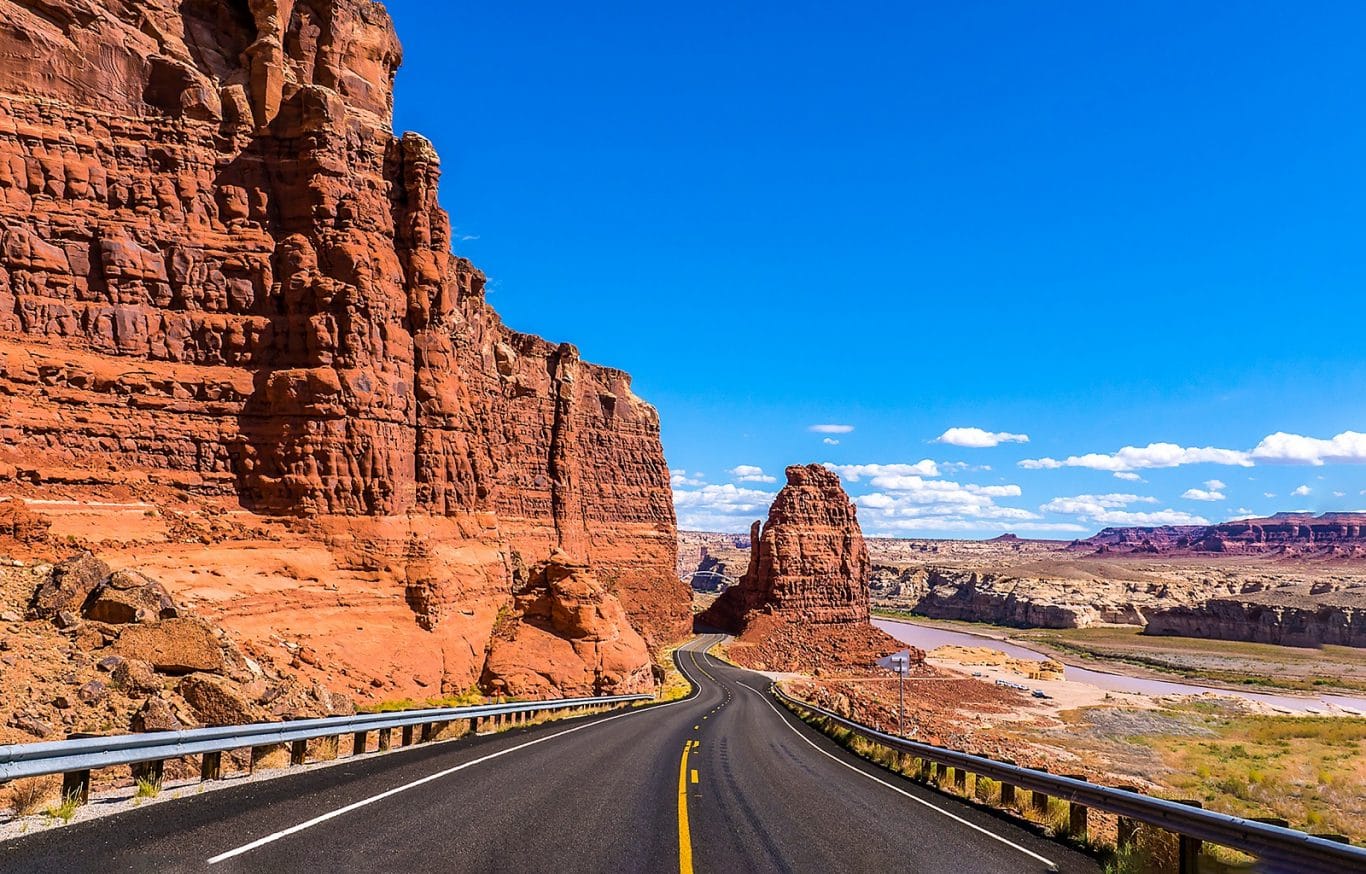 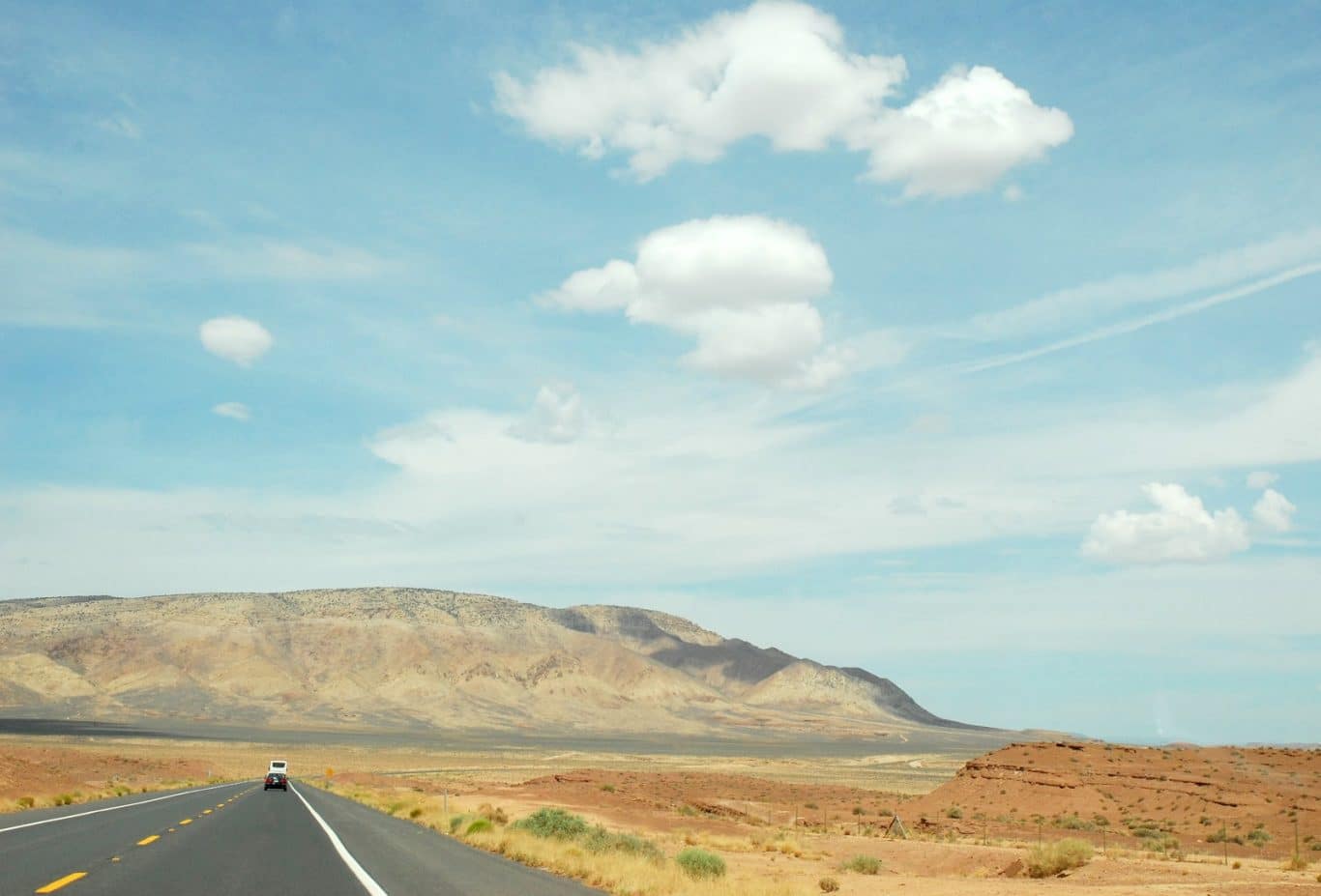 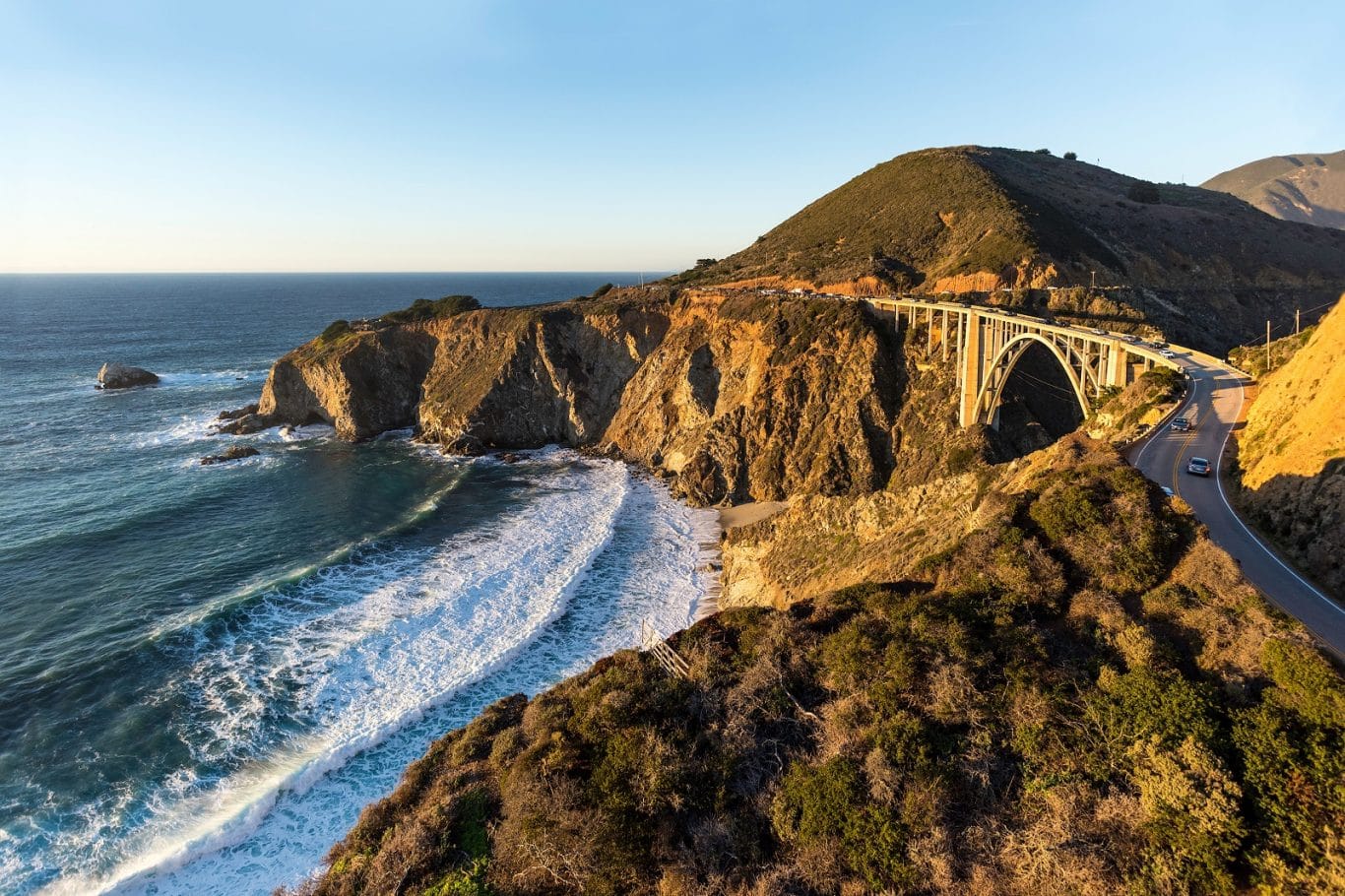 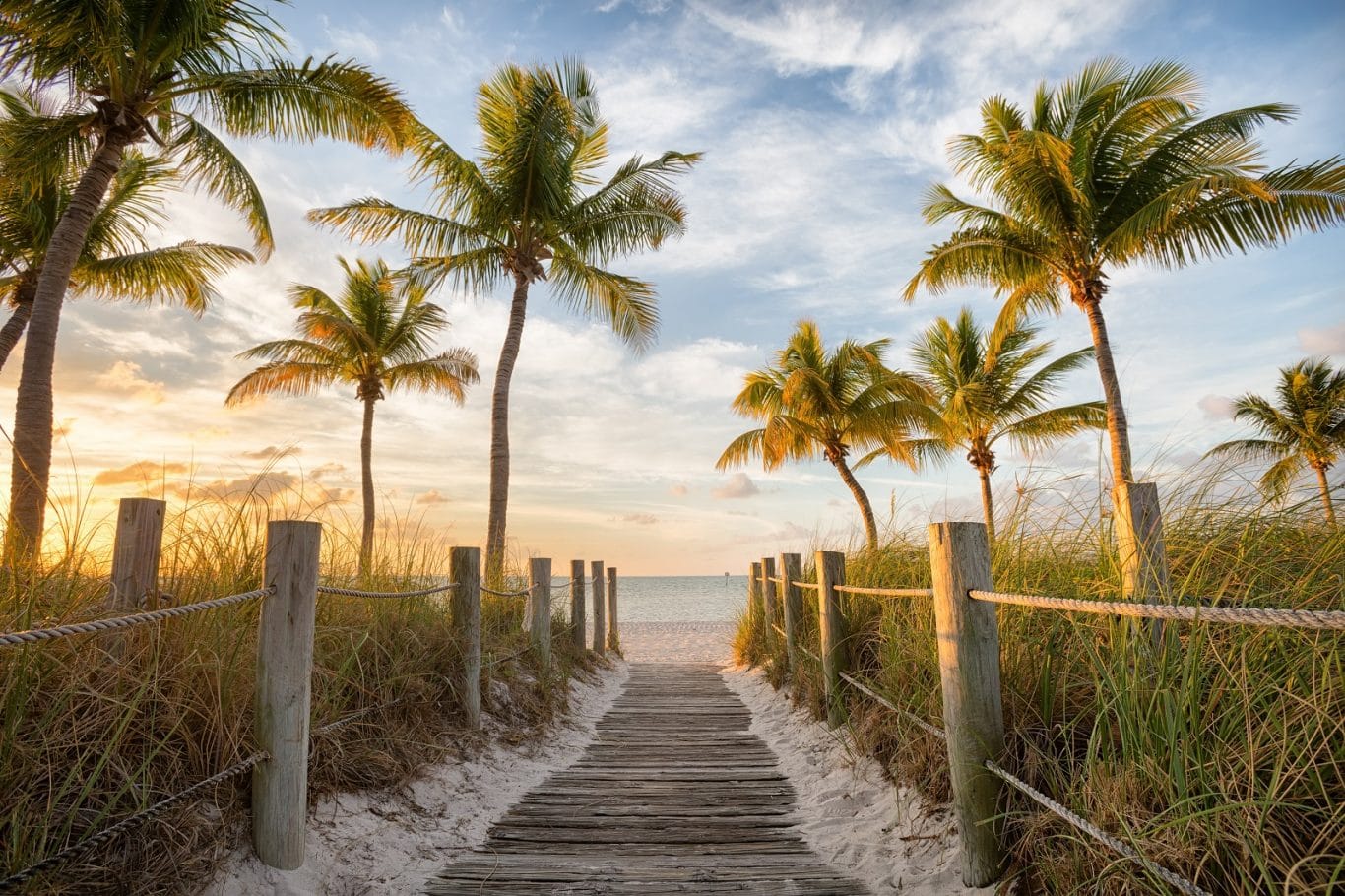