How Long Do Sand Flea Bites Last? The Facts You Need To Know (2021) 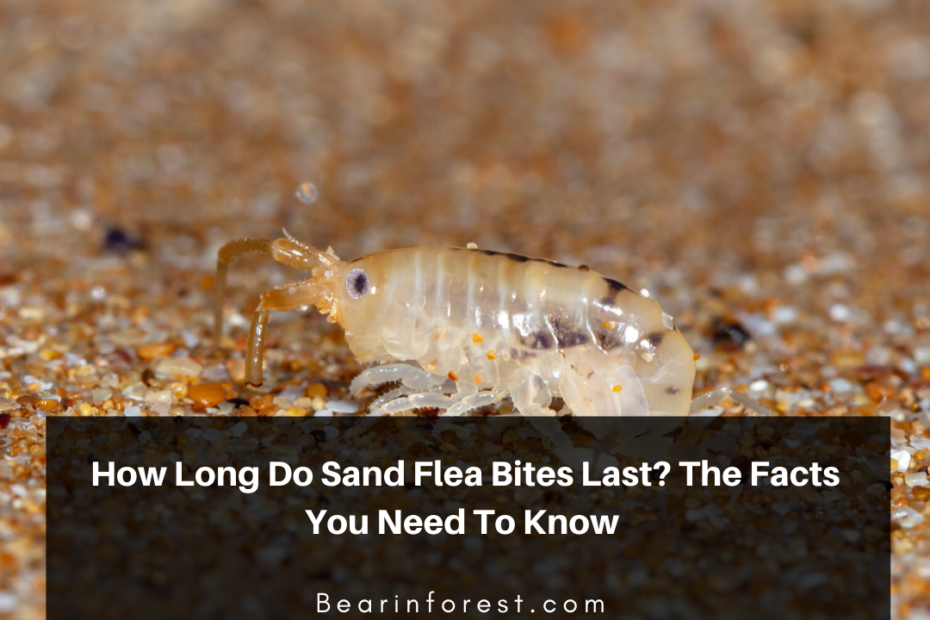 When camping, you may have come across a host of bugs throughout your trips. From mosquitoes to red ants, you've probably been bitten by many of these annoying bugs!

But have you ever heard of the sand flea? If you had and got bitten by one recently while camping, you may be wondering: "How long do sand flea bites last?"

In case you have been bitten by the sand flea or want to prepare for anything that may happen while camping, then read on as I talk about the sand flea and the things you need to know about their bites and how to prevent it from happening again.

What Are Sand Fleas? 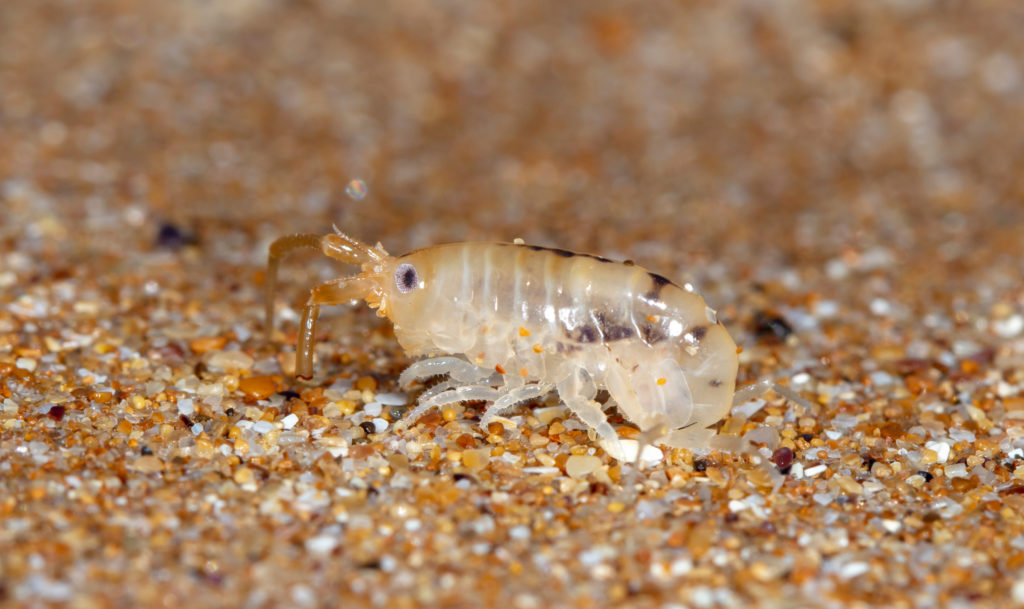 Sand fleas are crustaceans, which are sometimes mistaken for insects. They are called sand fleas because of how their bites resemble one that a flea would give when bitten.

And just like what the name suggests, sand fleas are usually found by the beach, desert, or marshy areas.

They are part of the Emerita genus, which is in a family which includes the sand crab, sand ticks, and sand mites. It has a barrel-shaped body and a feathery antenna.

These sand fleas have a body that can be around half an inch to two inches in length. The females are bigger than the males, as they grow up to only less than an inch.

Either way, you do NOT want to see this near or in your campsite!

Sand fleas would look like your normal mosquito bite, as they feed on your blood. While bite isn't something to worry about, it would create a red welt because of it injecting saliva into your skin, causing an allergic reaction!

Other times, the sand flea bite would create a swollen tea with a few black spots, which is something you should be concerned about. The swollen area would usually mean that a female sand flea burrowed into your skin and laid her eggs.

You will need to see a doctor to remove them, as there are side effects you may experience, such as fever and infections. Plus, there is a chance that they'll spread around you!

Donate for Bearinforest.com to continue this blog If you were bitten by one, how long will the bite and rash last for?

Just like the typical flea or mosquito bite, it would create an immediate reaction, which is the red welts. These would usually last for a few hours and begin to fade. Within a whole day, you may see a papule, which replaces the wheal.

It will look red and swollen, feeling itchy. The affected area may also form a blister if you had an allergic reaction.

The papule would last for about a day or two, then will start disappearing by the third day. There may be a lesion, which can last for two weeks, ending up with a pale red mark for one week.

So the exact duration of the bite will never be accurate, though I can say that the rash and itchiness would usually last for about three days at most.

How To Treat Sand Flea Bites

Sand flea bites aren't a walk in the park, but treating them is easy!

Here are the methods on how you can help treat the bites and itchiness:

- When you have bitten, do NOT scratch it. This will make the itch worse! Check the bite to see if there are any eggs. If there are, see a doctor.

- You can get relief from the itch using creams. I recommend that you use calamine lotion or hydrocortisone cream. Any anti-itch cream from the pharmacy will work as well.
But you may want a signal from your doctor before doing so. He might also prescribe pain medication to reduce the swelling and pain if there is.

- There are natural remedies that can help lessen the itchiness and pain from the sand flea bite. A mixture of baking soda and water helps. Or you can apply aloe vera, which has a cooling effect. Oatmeal baths or using oatmeal soap to wash off the affected area can curb the itchy feeling, too.

- Do NOT go to the beach while you still have the bite. Let the swelling go down before you go back, this time taking safety precautions.

How To Prevent Sand Flea Bites

Now that you know how to treat sand flea bites, what are ways to how you can keep it from happening again during your next camping trip? Here are some tips to follow:

- Always wear bug spray before going to the campsite. I recommend a DEET insect repellent, especially when you go out in the early morning or dusk when the beach is cooler. Sand fleas would usually be out at that time.

- When camping on the beach, walk around later in the morning or during windy days. Move around a lot if you are out at a time when sand fleas are prevalent. Also, never bury your feet or lay on the bare sand. Use a chair or blanket and cover your feet when walking.

- Before leaving the beach, shower and rinse yourself off, just in case the sand fleas are clinging to you!

If you have come across the sand fleas, then not to worry! There are ways on how to treat them properly and heal without any symptoms and side effects (other than the usual itchiness).

And with the correct precautions and preparedness, you won't need to worry about it happening again.

I hope that this article answers your question: "How long do sand flea bites last?" Now that you're acquainted with the sand fleas and what to do if you ever got bitten by one, then start preparing for it to ensure a bug-free camping trip, as much as possible.

If you have any questions or would like to share your tips and experiences on how to treat sand flea bites, then comment down below, I would love to hear what you have to think. 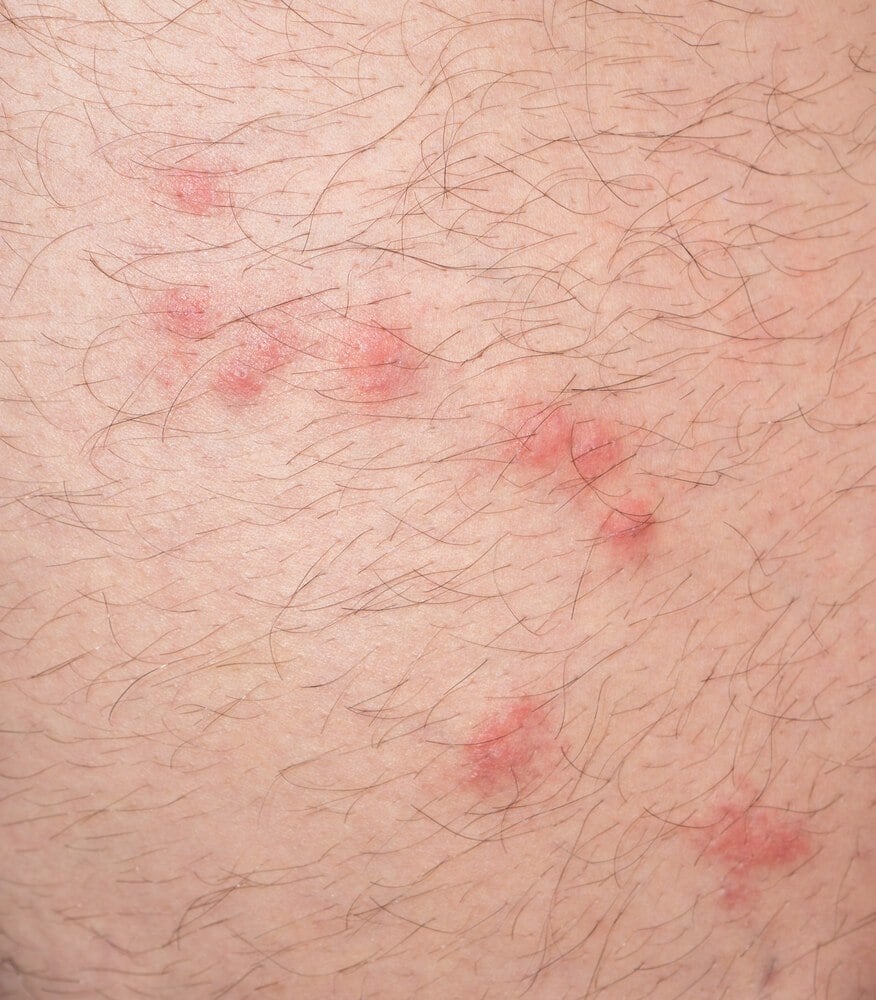