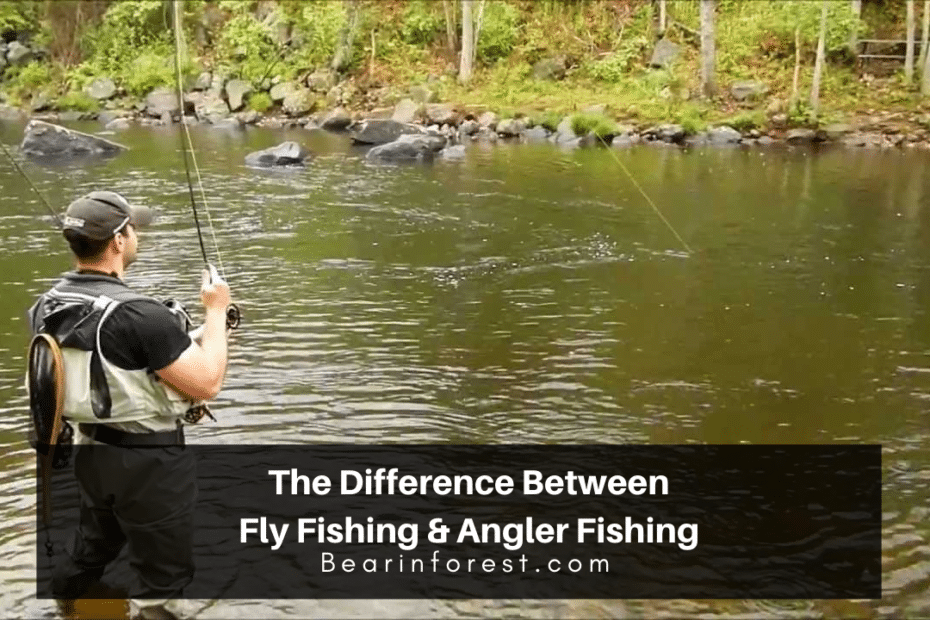 The art of fishing has been around for years, although there have been some changes from the simple act of stringing a line to a stick and throwing it in water, now there are tons of different types, and each one has the multiple techniques that go with it. Many of which are only known to guides and professionals. Two such popular techniques used world-wide and frequently by many enthusiasts are Fly Fishing and Angler Fishing. Although similar they do have a few differences in techniques between the both of them.

This article touches on these two methods and how a guide can help you out on your escapade.

It is usually added using a specialized weighted line and they are produced to look like natural creatures in the habitat such as worms, baitfish, or invertebrates so that the fish are duped into thinking it’s one of their own when approaching it. They are made to either sink o float depending on the depth of the water.

Treated as both a sport and a hobby, it can be done in both saltwater and freshwater.

In the North, it is usually differentiate the freshwater activity between cold-water species such as salmon, trout, or steelhead, while the warm water species is mainly comprised of bass. Learn more about the various techniques used in cold water, Nymphing for trout or saltwater fly fishing here https://en.wikipedia.org/wiki/Fly_fishing

It might be a little different on the other side of the world, for instance in England, the water temperatures contrast and the favorable choice of activity is either shooting for salmon and trout versus coarse for other species. But it doesn’t end there, various habitats call for multiple forms and techniques for fly fishing which depend on the region it is being practiced in for instance ponds, lakes or small streams and large rivers. Some people also like to fish in the open ocean using their boats.

Angler fishing is a technique practiced using an “angle” or a fishhook. This hook is typically attached to a line and the line is then attached to a rod. Most modern-day rods are fitted with a reel that acts as an instrument for retrieving, storing, and paying out the line.

So, this hook can be dressed with bait such as a worm or fish food, used to lure the fishes in, and the hook that’s attached on the end is put in place to hook and bait the predator. On the top of the line is usually attached a ‘bite indicator’ for example a float or a weight which means when the fish bites the bait, it moves to indicate movement beneath and then the

Angling is the primary technique mainly done as a means of pleasure more than anything else. Commercial fisheries also sometimes use it for their use. This form of catch and release fishing and has become fairly popular over the past decades and practices as a recreational activity by many fishermen. The types or species of fish vary per region and by state law, as in some states, it is not allowed to catch and release fishes above a certain weight or size. If this type of technique tickles your fancy, you can learn all about it online, example sources such as these break it down for you online.

If, however you are looking to take up this as a sport or hobby, there are many options to go for, and one of the most popular ones is to access a guide. If you’re not familiar with the personality then in simple terms a guide is someone (or many people) who work for well-established agencies and it is their job to be an amiable companion much like a local tour guide, that you would hire to show you around if you’re on a Safari trip, for instance.

They are qualified instructors that have every bit of knowledge to guide you in the best way possible on your experience, especially if you’re a novice. There are tons of them online but not all of them will have the dedication that is needed to help first-timers along their way into becoming professional anglers. On most waters around the US, guided accounts for just over 30 percent. There are various available resources when looking for fishing guides at FishingPerfect.com but do make sure they have nationally recognized qualifications. They make for engaging companions on any fly-fishing trip due to a strong background in the various techniques and tips. When going on an adventure of this sort, there is nothing worse than spending all that money on all that gear and not catching anything. When doing it the first time around especially, hiring the services of a guide can mean the difference between a successful trip and a mediocre one where you have learned nothing.

Not just that but the bonus is that these experts will know a lot about other information besides on the water such as all the good local pubs that you can stop for lunch, the best means of transport for you from your accommodation to the river if required and will also have some extra gear to help you out if you need it, such as chalk stream outfits or river trout outfits. Chalk streams are the streams of water that flow down chalk hills and because of the chalk the water is often alkaline and very clear, these are popular regions for trout fishing.

On your trip, you can choose to hire a guide either by day or by the hour, and the usual numbers are one guide to two fishermen. The best advice anyone has been given when on a trip is to get yourself, someone who knows the ropes, otherwise you may just leave empty-handed and not a penny to your name in your pocket.